Don’t hug the foreigner! – Perceptions on multiculturalism in Dutch society 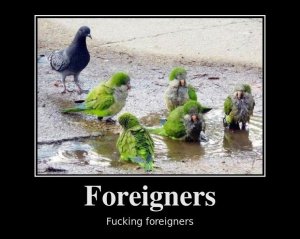 The Dutch police is advising citizens not to hug strangers (warning: article is in Dutch). Hugging is very dangerous, just like shaking hands or accepting gifts. Of course this is even more dangerous when the hug comes from an Eastern European person, who in Holland is collectively known as a ‘MOE-lander‘, which roughly translates as ‘Central & Eastern Europe countryman’. What these ‘unknown foreign elements’ will of course do is try to rob you, or maybe do worse things to you. Hilarity guaranteed! 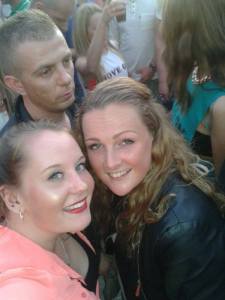 Romanian robber with two left hands (yes, I get the pun when this sentence is translated to Dutch).

Reading through that lovely article on the Netherlands’ largest news site (and especially the comments, since those generally tend to be funnier than the articles themselves) we learn something very fascinating. Apparently our country has been invaded by all sorts of criminals from the East who seek to destroy our wonderful way of life. After having abused our generosity in their own countries, they now come here to rob us. Or something along those lines…

I haven’t really been robbed by Eastern Europeans or any other foreigners yet. I had my €600 jacket stolen by Dutch guys once. Had blonde hair, blue eyed, fellows threatening me for being ‘a filthy Turk from Rabat’ (I’m surprised they even knew how to pronounce ‘Rabat’), witnessed decent and honest Dutchmen beat the crap out of some random person. My mother once got robbed by an old Dutch lady who pretended to help her when she almost fainted due to the arthritis medication, must be that good old VOC mentality our former prime minister spoke of. So far almost all the crime I’ve encountered in my life seemed to have originated from the Dutch themselves rather than minority groups… 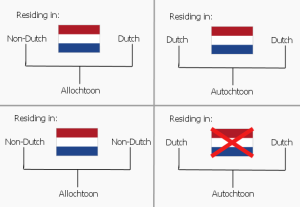 Racial classifications in the Netherlands (even though it will never be called such).

Lets continue with this picture, shall we? So all my experiences with crime tend to be with crime committed by the Dutch, does this mean the Dutch are a dangerous people? Maybe not, maybe yes. Do I feel unsafe near Dutch people? In any major Dutch city I’m not worried about my safety. But it’s not the cities that worry me; go into a village and feel the insecurity flow through your veins. It’s quite ironic since technically I’m Dutch as…I dunno ecstasy or prostitution, but according to the Dutch racial chart (see picture) I am what is known as an ‘allochtoon‘, and more specifically a ‘non-Western allochtoon‘ (the worse of them all). Villages and the outskirts are generally the worse place to hang out for a non-Western allochtoon. The locals generally have never really encountered a non-Aryan in real life before and have only heard the horror stories like the ones provided by high quality journalism sites such as the one mentioned in the introduction. So what image does a person who only has access to this kind of information have about a ‘non-true Dutch’? All the non-whites are out there to rob, kill and rape, if we have to believe such sources. No wonder these people freak out and assume the worse…

But ok, I’m deviating again. Was in the middle of my hilarious thought-experiment. All my experiences with crime in the Netherlands are related to crime committed by the Dutch, also known as ‘authochtonen‘ (indigenous population of the Netherlands). Now combine this with foreign perceptions about the Dutch: Amsterdam is known worldwide primarily for its bars where you can legally buy drugs and its prostitutes. Holland is the main producer of ecstasy and vast amounts of cocaine are smuggled through the Rotterdam harbor. Turf war dominates the southern city of Maastricht; drug dealers are fighting each other for territory after local authorities made it illegal to sell weed to foreigners.

Travel abroad and say you’re from Holland and people will immediately ask you if you brought along some weed. I remember a hilarious moment in Peru regarding my Dutchness, during my research period there I encountered a cab driver with whom I would have lengthy discussions about cocaine. The man told me that he would always ask foreigners if they’d be interested in buying cocaine, but made an exception for Dutch people. “Why are the Dutch an exception?”, I naively asked, “because they’re always here for business, you know, ecstasy!”. 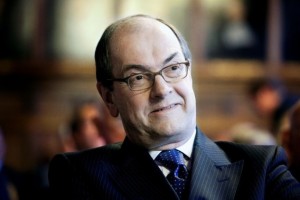 So we have Dutch crime and a reputation based on narcotics (“those windmills are probably used to produce ecstasy!”), lets add another element, everybody’s favorite element: pedophilia! There have been attempts to form a pedophiliac political party, a pedophile club has been legalized, and high ranking Dutch political figures (update: another Dutch politician links to child pornography, warning: the article is in Dutch) have been linked to pedophilia. It is quite odd that this sort of thing doesn’t pop up on the news every day, and that we have to watch the Russian news to find out about this! Also quite ironic that our minister of security & justice (note how security seems to have a primary role in the title, compared to justice), Ivo Opstelten, who would love to turn the country into a totalitarian surveillance state under the pretense of ‘fighting child pornography’, isn’t going totally apeshit over this.

All of a sudden the scary foreigner doesn’t seem so scary to me anymore, I’m more worried about the autochtoon. I definitely have to keep any children away from the Dutch, they might get intimidated, drugged or even sexually abused. Or maybe not; maybe the Dutch are just like everybody else, and maybe they’re not out there to rob/rape/kill me. But I should be careful, the police has advised us not to hug strangers (which can be difficult when on ecstasy). Strangers are scary people after all and if I have to believe the news, everybody is out there to get us…

I do have a little confession to make. As I mentioned, I’m a non-Western allochtoon, but beyond that I also carry MOE-lander blood through my thanks to my Hungarian grandmother. So very, very, maybe this whole piece was written to distract, to make people think they shouldn’t have to worry so much about foreigners (and especially those from Eastern Europe), that they might be safe, all whilst being robbed blind.

So who wants to hug this non-Western allochtoon with MOE-lander blood?

8 Comments to “Don’t hug the foreigner! – Perceptions on multiculturalism in Dutch society”